OVER THE GRAND RIVER

The Grand Haven Bascule Bridge is the only bridge that spans the navigable waterway of the Grand River for nearly 16 miles. This is unlike most draw bridges in Michigan. - MDOT

Boaters request an opening of the bridge by hailing the operator on a marine radio on Channel 16. Operators dial down to Channel 14 to converse with the boaters.

The Grand Haven Bascule Bridge operates from March 15 through December 15 each year.

Commercial Boat Traffic - Upon proper notification the bridge will open to all commercial boat traffic.

Recreational Boat Traffic - The bridge opens once an hour on the half hour from 6:30 am -8:30 pm when a recreational vessel or pleasure craft is present to pass under the bridge according to the schedule below. 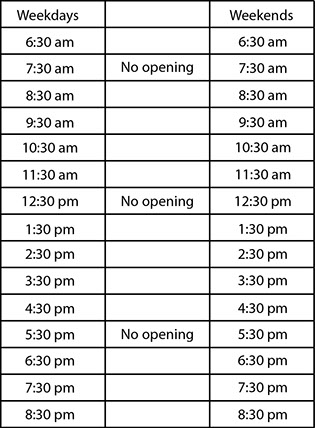 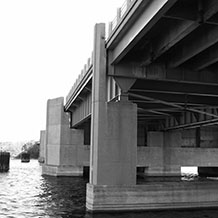 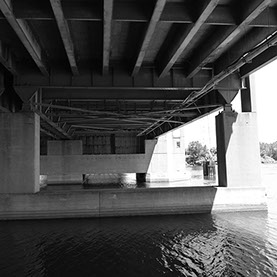 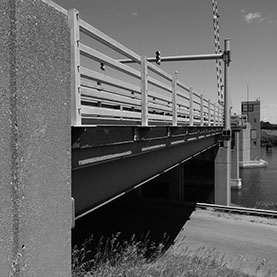 The bridge was built in 1958 replacing a wooden swing bridge. Read more about the Bascule Bridge below.

The Grand Haven Bascule Bridge is the only bridge that spans the navigable waterway of the Grand River for nearly 16 miles. This is unlike most draw bridges in Michigan. - MDOT

A $3.5 million bike path was erected on the east span of the drawbridge in 2001. Re-balancing the bridge was a very large task and took careful consideration.

Bascule is from the French word meaning "see-saw."

The Bridge Operator rarely hears boat horns on the west side because 6 lanes of fast traffic usually drown out the horns.

The Bridge will open on demand for vessels such as the Coast Guard, Department of Natural Resources, barges and the Harbor Steamer if there is high water.

A large counterweight is used to offset the weight of the raised leaf.

Did you know you can see the bridge on camera? Check out www.higrandhaven.com to watch the live feed now.

VEHICLES DRIVE OVER THE GRAND HAVEN BRIDGE EACH DAY

BRIDGE, IS ONE OF MICHIGAN'S LARGEST BRIDGES

THIS BRIDGE REPLACED A WOODEN SWING BRIDGE AND HAS BEEN OPERATING FOR OVER 50 YEARS.